This is the week between birthdays in Stinkbug Manor. The theme this year for our teenagers is “Don’t Tell Your Parents What Your Want or Want To Do and Be Disappointed by The Outcome” and it sure is a winner.

This past weekend, the Boy turned 13. He had an old friend over–one who had moved away at the beginning of the plague–and I took them go-karting on Sunday, which is always a good time. Saturday night we picked up HBO MaxiPlus or whatever to watch Godzilla vs. Kong (a court documentary) and Mortal Kombat. We’ll give the service a trial month, but I don’t think we’ll keep it up. The kids don’t want to ditch any of the other services.

Plenty of good material, I’m sure, in particular Babylon 5 and the selection of classic Warner Bros. cartoons. Both of which are rendered in amazing clarity. Babylon 5 has been legendarily in desperate need of an HD makeover, and it is presented upscaled, as they, say to as HD as they could make it without spending too much money.

The cartoons look as good as I’ve ever seen them. Amazing thing about WB cartoons. They were everywhere until they weren’t. I believe WB sold the rights to all the pre-1948 toons (i.e., the really good ones) 50 years back. They ended up with Turner before returning to the WB-fold. I swear, I must have watched them on TV after school every day for most of my childhood. Last night, I watched an episode silently while the missus composed an email. I heard every musical cue and Bugs Bunny one-liner in my head.

Still, that might not be enough to hold the attention of the kids. I think we’ll end up watching the first and last seasons of True Detective before cancelling.

Godzilla vs Kong was about as good as it could be. I’ve been pleasantly surprised by all of the recent American Godzilla/Kong movies, and this was a good entry in the series. The Hollow Earth nonsense needs a good examination at some point–its gone from 19th C. spiritualism, to pop literature mainstay, to weird 20th C. occult bizarreness (with Nazi overtones)…only to end up back in Kaiju films. Interesting.

Mortal Kombat was terrible, but also really good and a lot of fun. Definitely worth watching with a pair of 13 year old’s who only know to say “get over here” in a gruff Scorpion voice. The original 90’s film was possibly the best video game movie ever (see “damning with faint praise”) and, while this one totally lacked in techno-laden fight scenes, it had far less Christopher Lambert.

Other Bits of Pointless Nostalgia

My wife came across my old Flickr album. The Girl turns 16 this coming Sunday. When she turned 5, her grandmother bought her a cheap digital camera, from which spawned the Puppies of Jenkintown, which itself used to be a regular feature here. She still loves photography.

I’m going to attempt the gallery below, but you can always go here if you want to see a bunch of dogs taken from the perspective of about 3 feet above the ground. Many, if not most, of these good puppers have passed on or moved away.

I forgot all about Max Arrow, Private Eye, a Jack Russell with the best name ever. 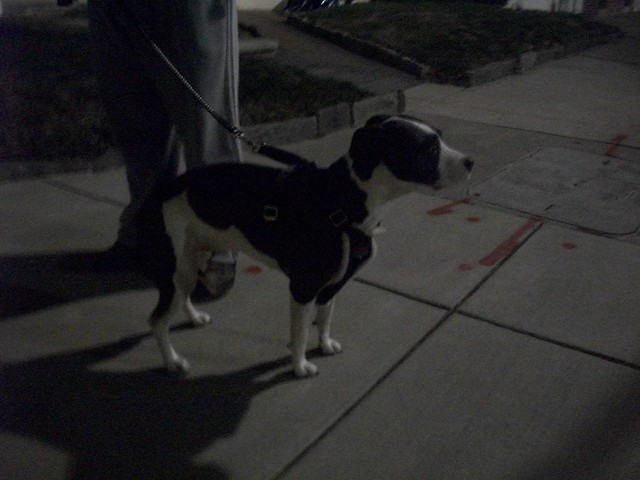