Thursday, October 18, 2012 / Grg / Comments Off on Golden Fleece hunts are never quests worth taking on–Or in Defense of Robot Squirrels

As I ranted before, Tom Coburn is the most recent fool in the Senate to take up quest for the Golden Fleece–an “award” popularized by Sen. William Proxmire to note wasteful government spending. (Coburn calls his the Wastebook [pdf]) This year, Coburn is targeting researchers at San Diego State University and their robot squirrel project, which was funded by the National Science Foundation to the tune of $325,000. 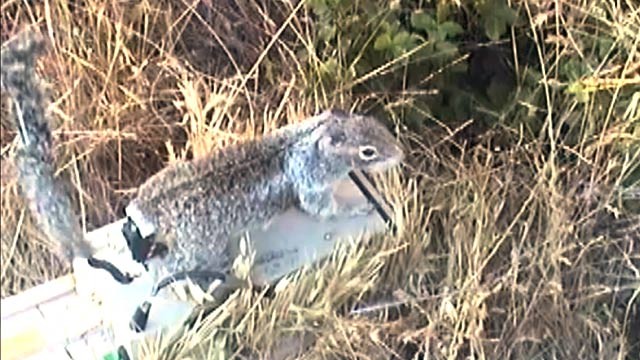 Coburn claims that such wasteful spending adds up to 18 billion in misspent taxpayer dollars, yet curiously this small project was highlighted as among the most egregious. Really, this is the best you got? This is how you lead your press releases for your Wastebook?

I’m not going to go into depth on why these awards are misguided–particularly when they are given to projects from NSF and NIH. In this case, as in years past, I’m sure some of Coburn’s staffers scanned through NSF’s list of award abstracts until they found something that sounds silly. At face value, robot squirrels sound silly. But read the abstract to see what we get for our money:

1) better robots (a plus)
2) a cool platform improving our knowledge about our world (squirrels are cool)
3) new scientists and engineers (or is supporting a better educated class of technically-minded people no longer a good idea?)

I support the notion of an efficient, smaller government–and even the notion of going after “pork” spending–but this is a silly way to go about it. When you lump legitimate science in with congressional largesse, it undermines both the science and the notion that the porkbarrel can be a bad thing. That is, I see that Coburn’s staff misunderstood this project and I’m more inclined to think they’re full of beans, overall.

You can argue that agencies like NSF and NIH waste money by funding “safe” projects that may not necessarily be groundbreaking, but you’d be hard-pressed to find peer review-driven grants barren of merit. You can’t say that for spending in Congress.

Alternatives to Golden Fleece/Argo metaphors:
Coburn has treed a squirrel, but that dog won’t hunt.
Garbage in, Wastebook out.

That’s it. I was up in the ER most of last night with the missus (she’s fine, thanks), so pardon if this isn’t the most coherent defense of mechanical squirrel-based research ever.

Have soldering iron and spatula, will travel.