Here’s an interesting essay on homeopathy for those interested in that sort of thing. Regulating over-the-counter curatives is a weird thing, especially when dealing with homeopathy which, if done properly, doesn’t really have anything in it.

Arnica, for example. There’s a big difference between homeopathic arnica preparations (which don’t got no arnica in it) vs. arnica gel (which is often labeled homeopathic even though it has an active amount of ingredient). Arnica gel can actually do something. Anyway, PZ Myers schooled the Jezebel site on the topic, which is worth a read.

I know some folks who have fallen for applied kinesiology…not scams, per se, but some hokum motivational speaker. Here’s a good an interesting look at the phenomena and how its used on Science-Based Medicine, written by the awesome Harriet Hall whose wrath I unfortunately incurred by attributing an article of her’s to Steven Novella, likely because SBM at the time looked identical to NeuroLogica.

Are blue whales the biggest animals ever? Maybe.

I mean, its one of those factoids that comes up repeatedly in books about either whales or dinosaurs, both of which we have in great heaps at Stinkbug Manor. (Definitely need a new bookcase in Julia’s room.) At 98 ft (30m) long and weighing almost 200 tons (180mt), it is certainly big. Dino-writer extraordinaire, Brian Switek, reexamines the claim with a look at some of the biggest sauropods that may (or may not) have ever existed. Spoiler: some dinos were longer, but none were likely more massive than a big blue. 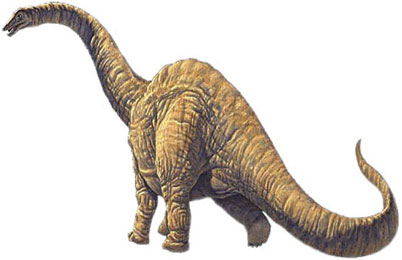 Speaking of Switek and sauropods, he mentioned on Twitter the other week about a dinosaur app for the iPad that I felt necessary to buy. It hasn’t been as popular with the kids as Dinosaur Zoo, due to the lack of defecating sauropods, but it is a little more stylish, a lot more expensive, and contains 100 percent more Stephen Fry, which is worth the $15. It is called Inside the World of Dinosaurs, and each morning, as I make coffee, Mr. Fry tells me about a dinosaur. This morning it was Argentinosaurus. Of course, I’d buy a copy of the phone book if Fry were to narrate it. Interestingly, he pronounces Giganotosaurus (which played into the story of Argentinosaurus) differently than they do on Dinosaur Train, favoring Ji-GANT-osaurus over Ji-gah-NOH-ta-saurus (forgive my phonetic approximations).

Why I don’t go into the water: Strange Love at The Ocean’s Floor (Happy Valentine’s Day!)

A Parent’s Guide to the Apocalypse